Behind the shot you know is the American story you'll never forget. Experience the inspiring all-American true story of Kenny Sailors, the developer of the modern-day jump shot in the global sport of basketball. From collegiate all American and NCAA national champion, to pro basketball star, Kenny faded into the Alaska wilderness to be forgotten by the sport he helped pioneer. Sixty-years later, he emerges through his most passionate supporters - Steph Curry, Kevin Durant, Dirk Nowitzki, Clark Kellogg, Bob Knight, Lou Carnesecca, Kiki Vandeweghe, Nancy Lieberman, Chip Engelland, Tim Legler, Fennis Dembo, David Goldberg and a host of other basketball and sport legends -in an effort to recognize Kenny in the Naismith Hall of Fame and tell the story of his impact on basketball, his country, and the people who knew him best. 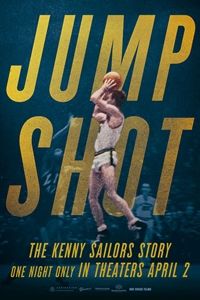